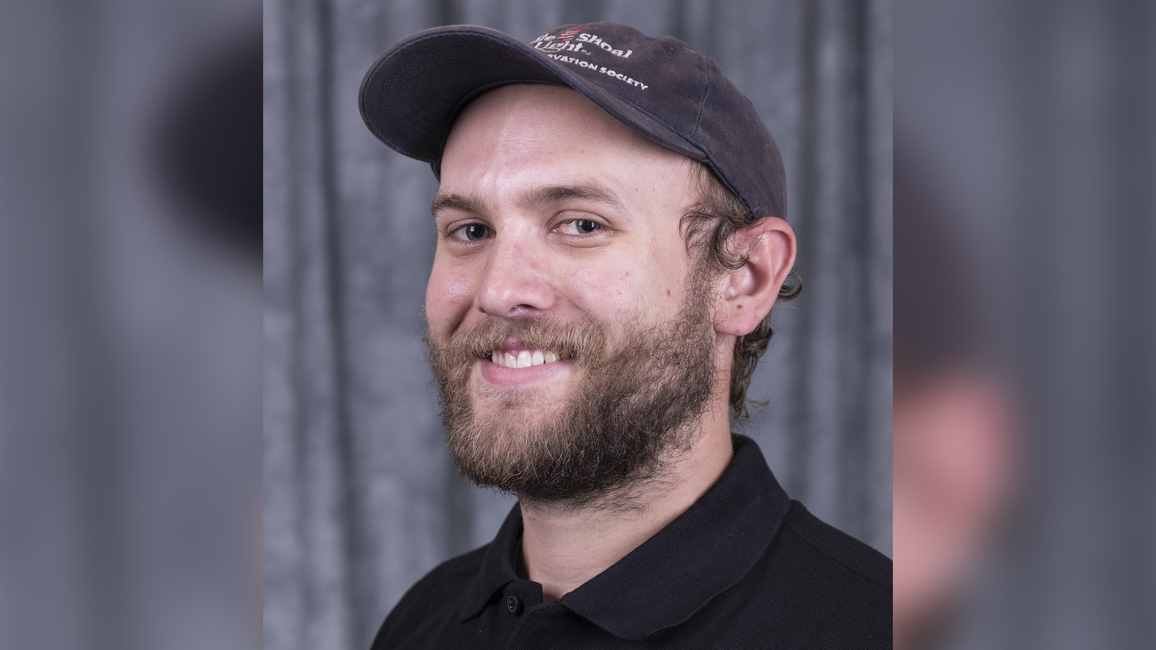 David Hecht has been named the University of Illinois Springfield Employee of the Month for November 2022. He is the production manager for UIS Performing Arts Services.

“While there are a lot of components to his job, three stand out: managing the Studio Theatre, leading the extra help backstage crew and liaising with the road crew of the different performances,” said his nominator. “David’s daily job is making sure the Studio Theatre is always operational and up to standards, from safety to set changes to lighting - David gets the job done.”

Upstairs, in the Sangamon Auditorium, he leads a crew of up to 50 local crew members during show load ins and load outs.

“David leads them to do an efficient job and working as team, even though they might know each and be working with people who been doing this kind of work for years,” said his nominator. “One of David’s most important duties is his relationship he maintains with the road crew that is travelling with performers. Traveling across the country, running on little sleep and sometimes just mere hours from the last (or next) performances, the road crew appreciate professionals waiting for them when they arrive at UIS and David does not let them down.”

Hecht was also a part of the team who quickly learned how to live stream performances on the UIS Performing Arts Center website during the COVID-19 pandemic.

“In a matter of a weeks, David and his team taught themselves how to set up, use and successfully run the technology that allows our department to stream multiple-camera live broadcasts.”

Hecht’s former supervisor, Craig Norman calls his work “always exemplary,” adding that when he is assigned a project “he often goes beyond what is asked of him and usually has a creative solution to the problem.”

“When asked to come up with a solution to installing aisle lights at the end of the seating rows in the Studio theater, David found a series of perfectly sized LED fixtures to use and created the electrical boxes, wiring and connectors for the whole system,” Norman said. “The aisle lights he installed looked incredibly professional. This is just one example of the numerous times David has gone above and beyond.”

Not surprisingly, Hecht’s nominator points out that he is a “big lover of the arts,” which is fully embodies in his personal life. He started being part of musical productions in high school and continued that involvement during college. He and his wife, both UIS alumni, even participate in local historical reenactments and have volunteered at the Edwards Place and the Lincoln Museum. Each year, he volunteers one semester to help with UIS Theatre student productions.

“UIS is lucky to have David be part of the campus,” Norman said. “He is a UIS graduate and has chosen to use his education and skills in the performing arts with us here at UIS. I believe he makes a worthy candidate and is very deserving of being Employee of the Month.”