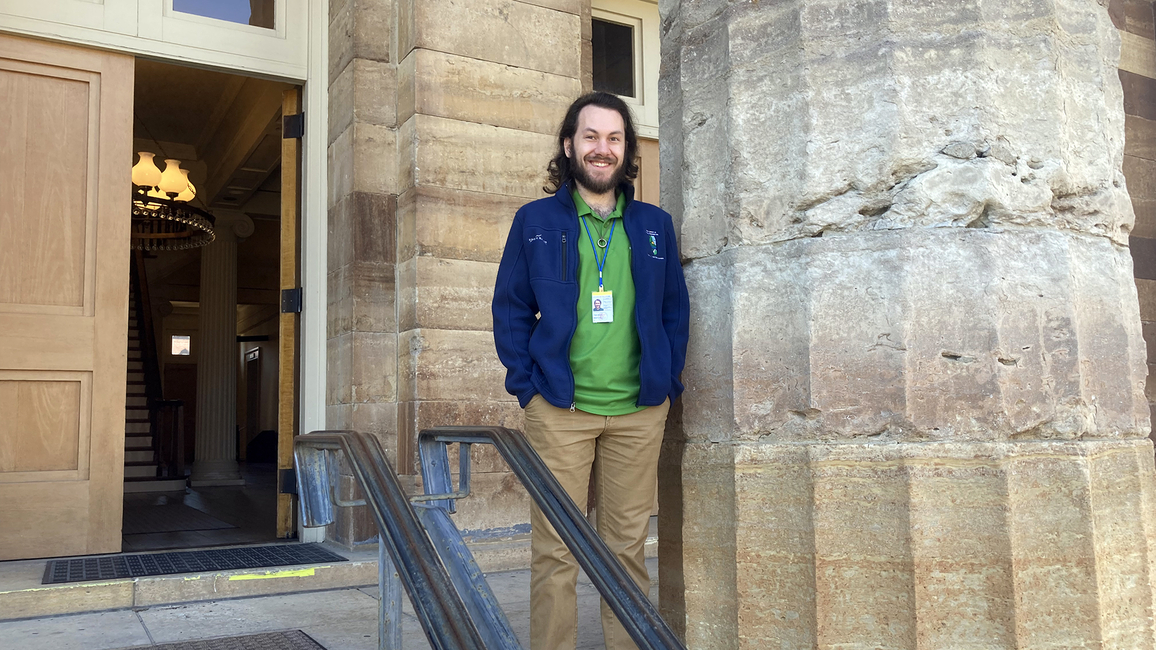 Tworek is a second-year public history graduate student at UIS. Since October 2021, he has been a GPSI intern with the Illinois Department of Natural Resources (DNR) in the Office of Land Management of Historic Sites.

“Originally the task of getting the Old State Capitol recognized as part of the Network to Freedom to me just seemed like any other type of history related work,” he said. “However, as I was researching the stories and the individuals that were involved on the Underground Railroad, I grew more and more fascinated with the chance to tell these stories and bring more local history to the forefront of my work. These important events need to be told so we can better understand our site’s relation to the larger Underground Railroad network around the country.”

The relation of the Old State Capitol to the Underground Railroad in Springfield involves a number of Illinois Supreme Court Cases held in the building. Two cases in the winter of 1843 involving allies who helped freedom seekers, Willard v. The People and Eells v. The People, ended in the court convicting and fining the individuals involved. One other case known simply as Thornton’s Case from 1850 saw an African American man from Springfield named Hempstead Thornton get wrongfully accused of being a freedom seeker and was arrested by local constable Strother G. Jones. However, when Jones was unable to provide evidence to convict Thornton, the charges were dropped and he was discharged from the court, remaining a free man.

He spent five to six months conducting research on the people and events, which helped the Old State Capitol earn the designation. He wrote two historical essays, one on the site’s involvement in the Underground Railroad and one on the history of the building since its involvement in that narrative. He also worked with staff at the National Parks Service in order to gain final approval for the recognition of the site.

“I am beyond happy to see that all the work and patience I put into this project finally pay off,” he said. “This has been so important to my development in the field of public history and I am forever thankful to my supervisor for keeping me motivated throughout the process. I am excited to see what is in store for the future of the site and its history with the Underground Railroad.”

“I could not have done it without the research and work conducted by those who came before me,” he said.