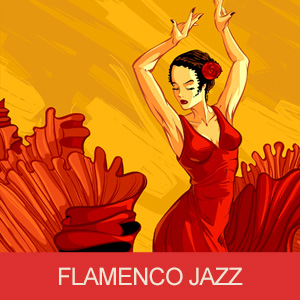 In this presentation, jazz saxophonist Dr. Brian Stark will outline the interaction of cultural forces during the evolution of the flamenco-jazz style, with a special emphasis on jazz musician Miles Davis’s perception of the similarities between his experience as a Black American and that of the Spanish Roma people who originated flamenco. Flamenco guitarist David Chiriboga will provide further insights from his extensive flamenco training in the Andalusia region of Spain. Wendy Clinard will discuss her experience learning and teaching this Spanish style of dance. All three will then present a performance that combines traditional elements of both flamenco and jazz styles in a contemporary context. The performance will be followed by a question-and-answer session in which the performers will discuss the challenges and rewards of blending two distinct musical traditions. The process of musical improvisation will be presented as a model by which communication can occur across cultures, demanding confidence in each participant's expertise matched with a radical openness to in-the-moment discovery.

David Chiriboga, a musician of Ecuadorian descent, was born and raised in Chicago. David’s style is rooted in the Spanish Guitar. He has studied throughout Andalusia in the south of Spain and received his degree in Music Performance at Northeastern University in Illinois. Besides performing with his own ensembles, David also performs and tours nationally and internationally with Ensemble Español Spanish Dance Company.

Founded in 1999, Wendy Clinard is the Artistic Director of Clinard Dance based out of Chicago. Clinard Dance brings together people from various artistic disciplines and cultural backgrounds. In 2023, their Flamenco Quartet Project will premiere new work with Madrid based co-creator Nino de Los Reyes. They have presented work in national dance festivals and concert halls as well as internationally in Spain, China, India and Syria. For more information visit www.clinardance.org.

Dr. Brian Stark is Jazz Ensemble Director and Saxophone Instructor at UIS. His research investigates the distinct combination of flamenco and jazz on Miles Davis’s Sketches of Spain. He has been invited to present his research at conferences for the Jazz Education Network, the International Society of Jazz Arrangers and Composers, and the Society for American Music. He frequently presents grant-funded performances blending jazz with flamenco, which has resulted in the creation of the Illinois Flamenco-Jazz Collective, built of students and community members in the Champaign-Urbana area.