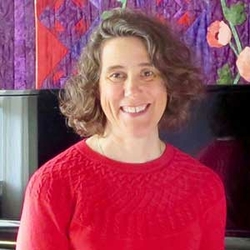 Heather Bailey has a Ph.D. in modern European history from the University of Minnesota and has been teaching modern European and Russian History courses at UIS since 2002. Her research focuses on the intellectual, cultural, and diplomatic relations between France and Russia in the nineteenth century. She has published extensively on negative attitudes about Russia and the Russian Orthodox Church in western European discourses. Currently she is writing a book on Anton Berezowski's attempt to assassinate Emperor Alexander II in 1867, in the broader context of criminal justice systems, radicalism, and political terror in France and Russia. It will also explore French and Russian interpretations of the event’s significance both in the immediate aftermath and in the decades leading up to World War I.

“‘The churches that call themselves orthodox’: Nomenclature for Russian Orthodoxy in Nineteenth-Century France,” Journal of Orthodox Christian Studies 2, no. 2 (2019): 149-77.