UIS student continued learning and leading his fraternity, while deployed with the Illinois Army National Guard 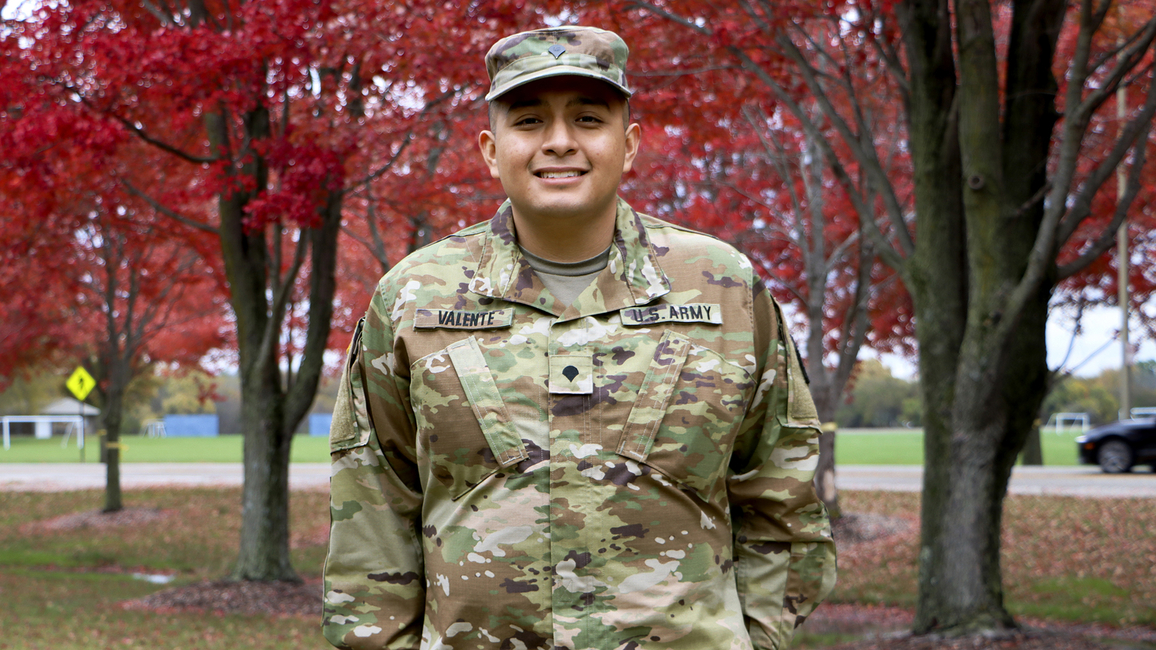 University of Illinois Springfield senior political science major Miguel Valente, 21 of Chicago, a specialist in the Illinois Army National Guard, continued to advance his college education, while being deployed to Texas as part of the Southwest Border Mission.

Valente worked with UIS professors, who made special accommodations to help him learn remotely, and the UIS Office of Military and Veterans Affairs to continue earning his UIS degree while deployed from Oct. 11, 2020 to Nov. 5, 2021.

“There was a professor that helped me out by giving me extensions on assignments, when needed, due to unexpected conflicts with my work schedule,” Valente said. “He would also send me recordings of Zoom lectures that were scheduled at times when I was working. I was very thankful for that and it allowed me to pass the class.”

Valente was also elected president of the Delta Kappa Epsilon Kappa Beta Colony at UIS while he as deployed. He credits good time management for allowing him to serve his country, fraternity and advance his education all at once.

“I improved my time management skills, I improved my communication skills and learned the importance of working with a team during my deployment,” he said.

To pay for his UIS education, Valente is using the Illinois National Guard Grant and the Montgomery GI Bill. He also earned veteran status during the deployment, which entitles him to additional benefits.

“During this deployment I was able to pay off all of my student loans,” he said. “Without the Guard benefits, I would have had to take out more loans.”

While Valente says it was a challenging year managing all of his commitments, it’s an experience he was glad to have been a part of and will never forget.

“I’ve made some connections with Homeland Security, border patrol agents and supervisors that I can use for future references for employment opportunities,” he said. “This deployment helped me grow as an adult, as a young man and helped me become a more disciplined student.”

For more information on UIS services available to current service members and veterans, visit the UIS Office of Military and Veterans Affairs website at uis.edu/veterans/.