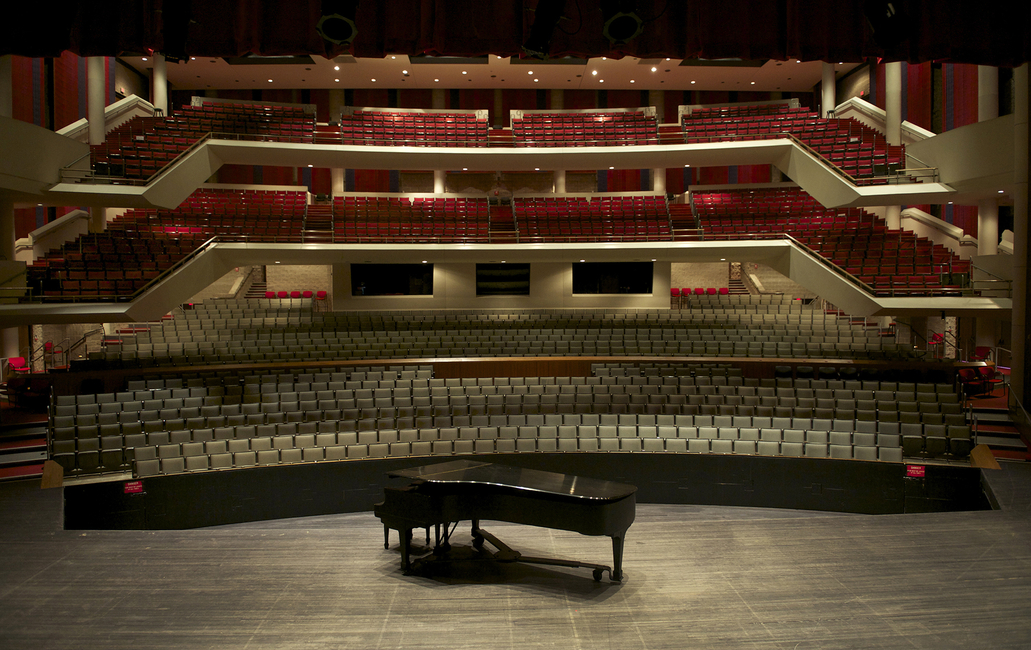 The newest program to debut at the Performing Arts Center at UIS is the opposite of what they usually do.

And that’s a good thing.

“We usually buy a show and get the venue ready for that show,” said Carly Shank, artistic programs director for the Performing Arts Center. “Now, we are more involved in the creation of something. We are laying down the foundation for something special.”

Our Stage / Our Voices aims to have members of historically underrepresented communities address the issues of inequality in the regional performing arts with a goal of advancing diversity and inclusion. It will focus on the process rather than end results, Shank said, with the hope that staff at the Performing Arts Center learn how to better engage more people.

Shank said the idea for Our Stage / Our Voices came about during the pandemic as a result of the George Floyd killing and social justice issues. Bryan Rives, director of the Performing Arts Center, wanted to engage in a long-term project that elevated all voices and got more diverse voices in the performing arts.

The first artist in residence is Reggie Guyton. Local audiences might have seen him as a full-time actor at the Abraham Lincoln Presidential Library and Museum. He also has worked with the Springfield Muni Opera, Springfield Theatre Center, Hoogland Center for the Arts, Springfield Area Arts Council, Illinois Arts Council and Blackburn College.

“There is less of a struggle to tell true and authentic stories,” he said during an interview with the Performing Arts Center staff that was printed in The State-Journal Register. “When underrepresented communities feel at home in artistic spaces, they are free to channel and be a vessel for their work. Underrepresented communities should not have to succumb to fear, anguish, or pain in order to make something new every single time.”

Guyton identifies as a Cisgender Queer (Pansexual/Bisexual) Black man. He said local arts communities can amplify the voices of artists from underrepresented communities’ by making room monetarily, physically, conversationally and emotionally. And the larger community benefits from hearing the rich life experience shared by those voices.

Guyton said he plans to use his residency to facilitate conversations that provide the chance for understanding and education. That helps fight ignorance and misunderstanding, he said. His residency will end when he debuts an original work he conceives that he hopes “will be honest, reflective, and moving to audiences not only in Springfield but hopefully across the country and world.”

The first event that Guyton was involved in at UIS as part of his residency was held last week in conjunction with the UIS Theatre Department when he and Associate Professor of Theatre, Missy Thibodeaux-Thompson, held a conversation with Guest Artist Luis Alfaro, a MacArthur fellow and associate professor of dramatic writing in the School of Dramatic Arts at the University of Southern California. They shared insights from their own experiences, and discussed the intersection of the arts, activism, community outreach, and creative collaboration.

The key to Our Stage / Our Voices is letting those in the underrepresented groups lead the initiative, Shank said, and work to break down whatever barriers are preventing people from thinking they don’t belong in the performing arts community.

And Guyton said he believes it will do just that.

“We are not limited to a board vote or invitation nor are we beholden to the previous way of doing things for a company or organization’s legacy,” he said. “We are able to directly impact the way the community is seen, felt, and heard. And furthermore by putting these artists in charge we are able to ensure that who they want to reach is who will be reached…and more. We are also able to foster an environment of sincere trust in the community. And I think that’s beautiful.”

To learn more about Our Stage / Our Voices, visit https://go.uis.edu/osov to sign up to receive notifications with information about the program and its activities or to make a gift to the program.