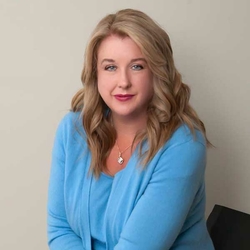 Dr. Ann Strahle is an Associate Professor and Director of the School of Communication and Media at the University of Illinois Springfield. She received both her bachelor’s and master’s degrees from the School of Journalism at Indiana University, and her doctorate from the Institute of Communications Research at the University of Illinois. Dr. Strahle teaches courses on media law and ethics, media history, reporting, visual storytelling, cultural effects of advertising, and public relations. Prior to academia, Dr. Strahle was a television journalist for eighteen years, and covered events such as the Bosnian war (as an embedded reporter).

Her scholarship is centered on how the status of religion is used in national iconography and ritual, and how religion and religious messages are used to justify certain acts or attitudes of the individual and organizations. Her work involves tracing the evolution of religious messages embedded in communication and media within social institutions. Her research interests also include both historical and freedom of expression legal frameworks.