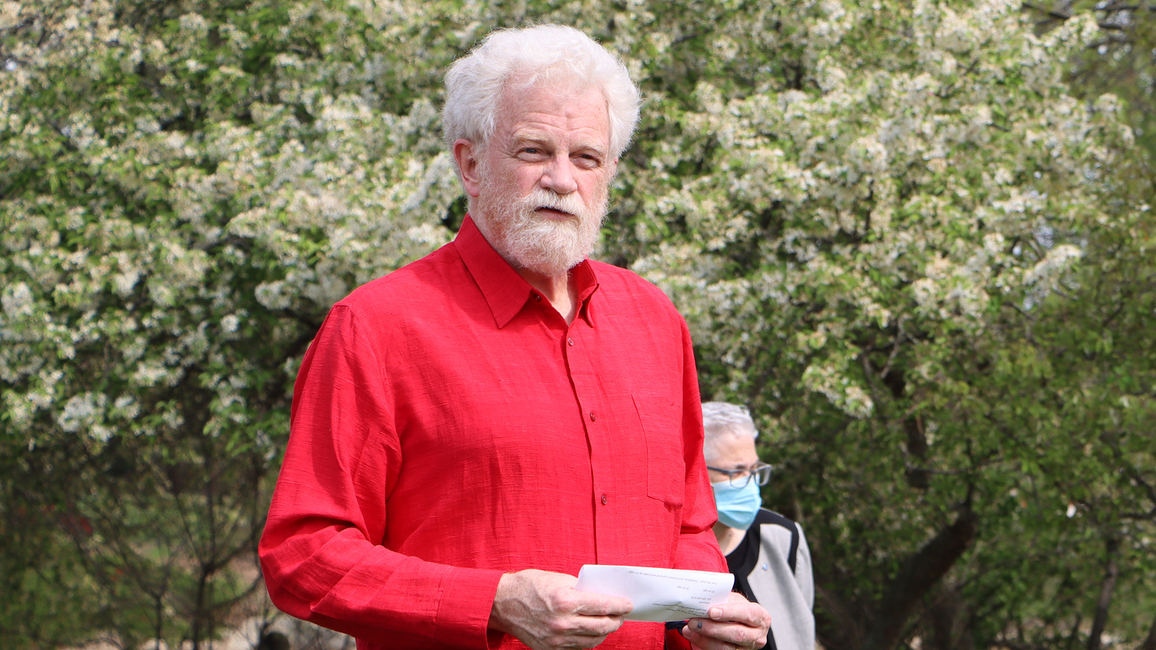 University of Illinois Springfield Director of Study Away Programs Jonathan GoldbergBelle has been named as the recipient of the NAFSA: Association of International Educators’ 2021 Hugh M. Jenkins Award for Excellence in Community Programming.

According to NAFSA, the Hugh M. Jenkins Award for Excellence in Community Programming recognizes individuals who have demonstrated a commitment to promoting global understanding and international exchange in the local community. Specifically, it honors people who exemplify a spirit of volunteerism and a long-term dedication to international exchange. The award identifies individuals whose leadership encompasses outstanding skills in recruiting, training and recognizing community volunteers. It is also intended to reward personal involvement with international students/scholars/dependents in the local community.

“Over a 35-year period, Jonathan has worked with international students, scholars and their dependents at three different institutions,” said his nominator. “He has been both an advisor on immigration issues and on cultural adjustment. He also strives to connect those individuals with the local community through highlighting local events of interest, arranging tours of local sites and through encouraging participation in international activities on each campus.”

He is the current president of the Sister Cities Association of Springfield (SCAS), having previously served as a board member (since 1999), secretary and vice president. He has also served on the Springfield Commission on International Visitors for 16 years.