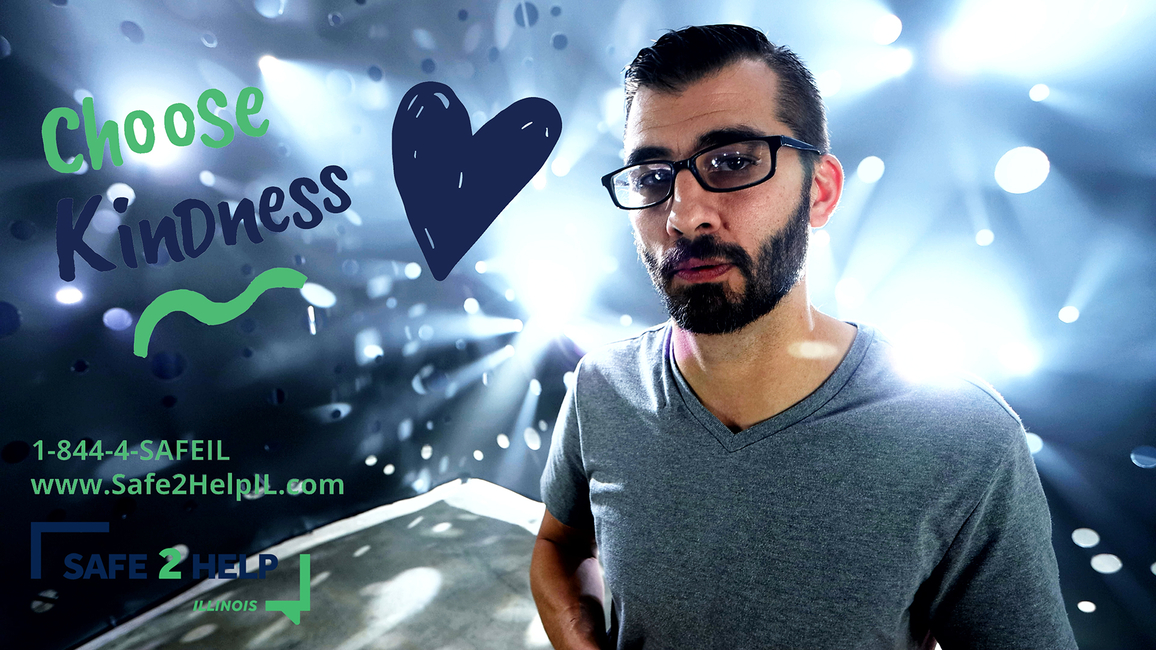 IEMA has a close partnership with the UIS Office of Electronic Media where the collaboration has produced numerous public service announcements for the Safe2Help Illinois Program. “Our partnership with IEMA on these important educational messages has been very fulfilling. We are honored to play a small part in helping make a positive change and look forward to continuing such projects in the future,” said Cody Pope, director of UIS Office of Electronic Media.

“Addressing our children with messages of kindness is impactful, “said Alicia Tate-Nadeau, director of the Illinois Emergency Management Agency. “IEMA and our trusted partners will always be ready to inspire and enhance the confidence of our youth.”

Safe2Help Illinois is a free, information sharing platform that is available 24/7. In the absence of a trusted adult, students can use a free app, text/phone, or the website to share school safety issues in a confidential environment. Launched on October 20, 2021, Safe2Help Illinois has received from students, incidents of bullying, suicidal ideation, possession and use of drugs, and other mental health and safety concerns.

About the Telly Awards

The Telly Awards are the premier award event honoring video and television across all screens. Established in 1979, The Telly Awards receives over 12,000 entries from all 50 states and 5 continents. Candidates are judged by The Telly Awards Judging Council—an industry body of over 200 leading experts including advertising agencies, production companies, and major television networks, reflective of the multiscreen industry The Telly Awards celebrates. Partners of The Telly Awards include Video Consortium, Ghetto Film School, We Are Parable, Future of Film, IFP, LAPPG, NAB, Stash, NYWIFT, Production Hub, IFP, with support from The Commercial Director’s Diversity Program.

More information on the Safe2Help Illinois program can be found here: