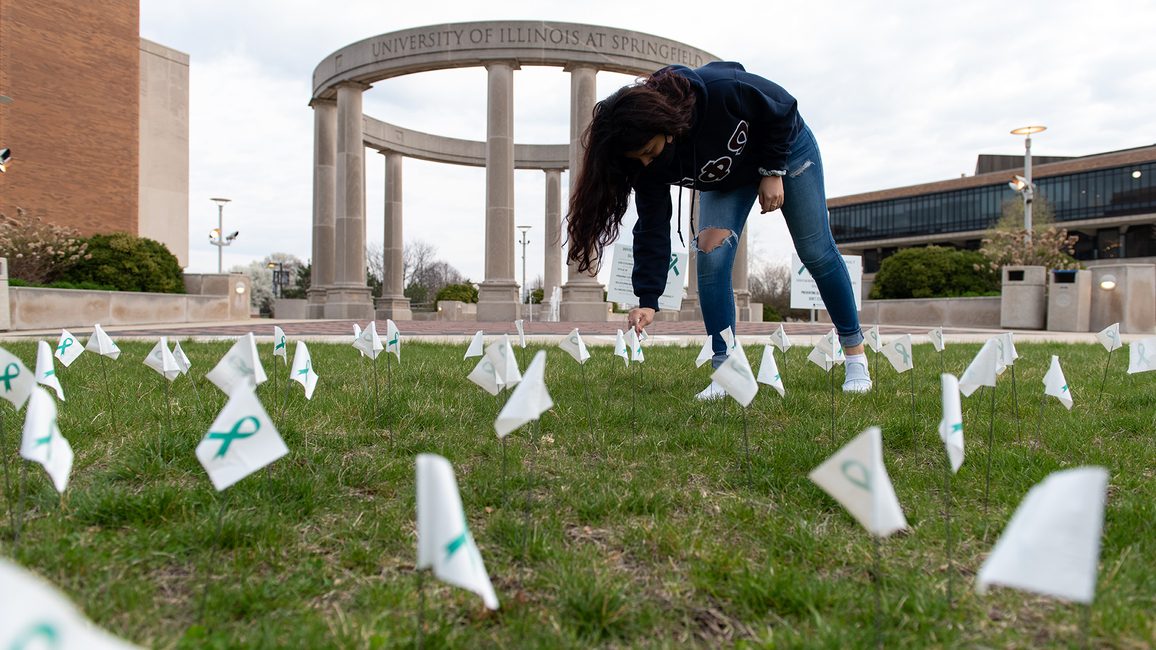 WHAT: The University of Illinois Springfield Women’s Center and Volunteer and Civic Engagement Center will co-sponsor a visual display of 1,000 flags on the UIS quad for Sexual Assault Awareness Month’s Day of Action.

WHERE: UIS campus quad near the colonnade

DETAILS: Sexual Assault Awareness Month Day of Action is observed on the first Tuesday of every April. This year, UIS student volunteers will be creating a display of 1,000 flags on the quad near the campus colonnade. These flags, which display the teal sexual assault awareness ribbon, will each represent the 433,000 Americans in the United States who are sexually assaulted or raped every year according to the Rape, Abuse, & Incest National Network. Each flag will represent 433 Americans (433 x 1000).

The display will include signage explaining the meaning behind the display, and include information about resources on campus a student could contact if they or someone they cared about is a survivor of sexual assault. The student volunteers will be setting up the display early in the morning, and the display and information will remain until early evening.