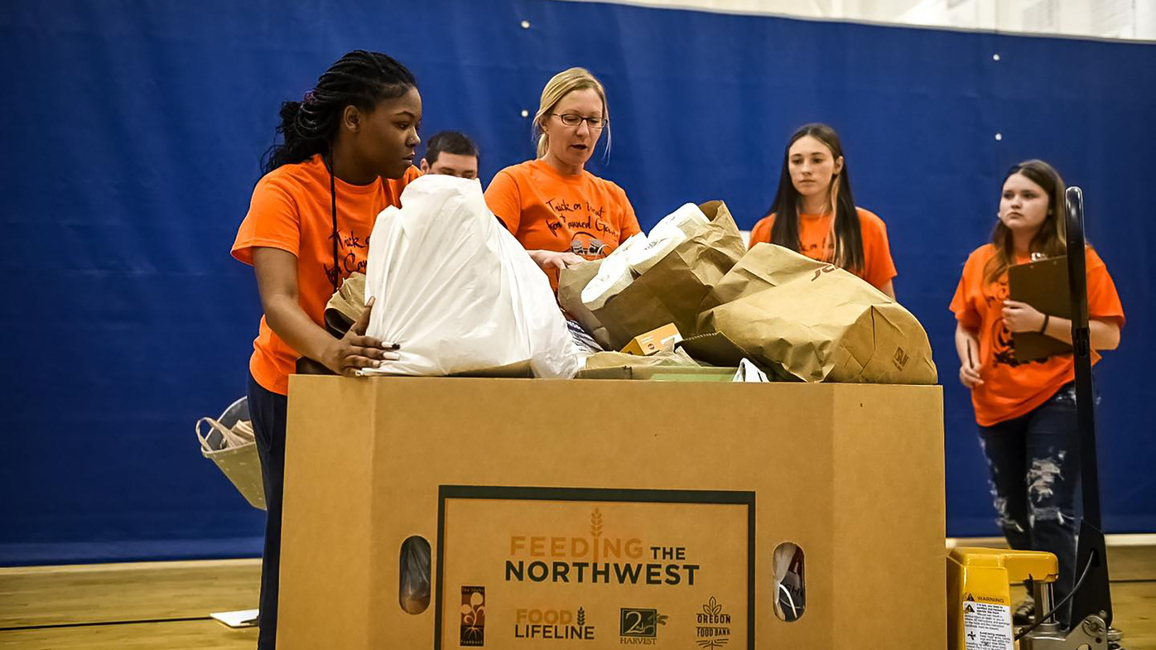 University of Illinois Springfield students helped to collect 7,899 pounds of food during the annual Trick-or-Treat for Canned Goods event on Sunday. A total of 12 teams, consisting of 108 students, went door-to-door in several Springfield neighborhoods collecting canned goods and other non-perishable food items.

The food will be donated to the Central Illinois Foodbank, which distributes supplies to food pantries, soup kitchens, residential programs and after-school programs in a 21-county region.

Last week, the teams canvassed the neighborhoods and distributed door hangers that explained the project. Collected items were returned and weighed on campus. Prizes were awarded to the teams that collected the most food.

The UIS Cox Children’s Center also held a Trunk-or-Treat event last week where they collected 1,428 pounds of food for the UIS Cares Food Pantry. The pantry, located in the Student Affairs Building, was started in 2016 as a way to help students with food insecurity on campus.

For more information, or if you have food that was not collected, please contact the UIS Volunteer Center at 217-206-7716 or volunteer@uis.edu.