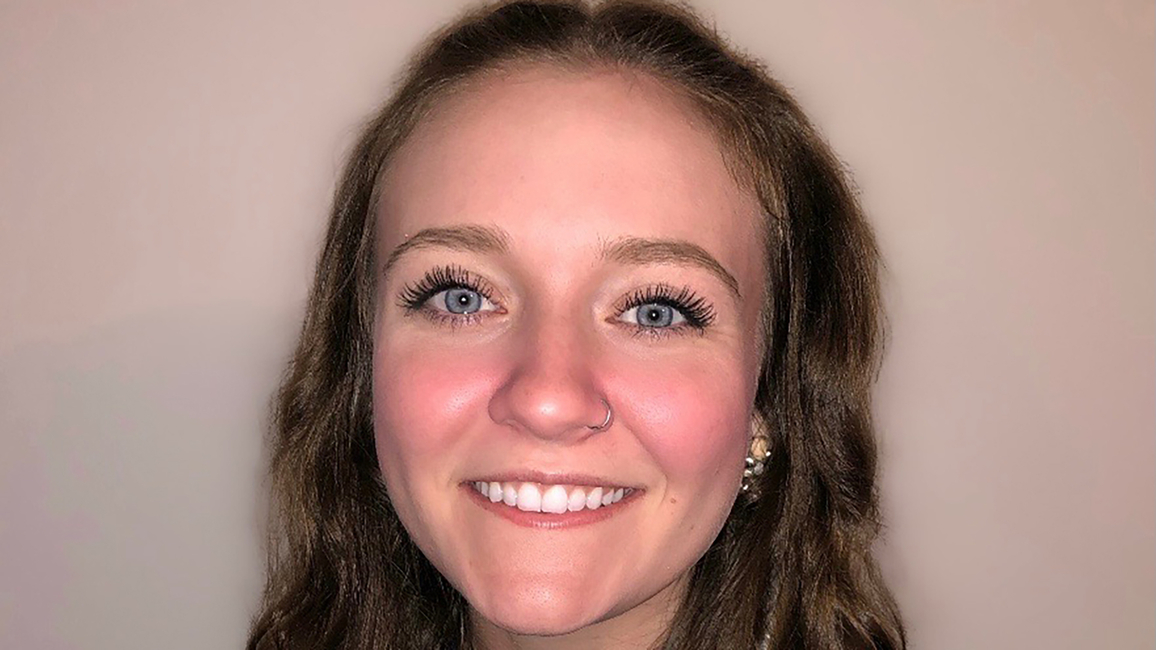 Kodi Smith of Taylorville has been selected as the University of Illinois Springfield student recipient of the Student Laureate Award from the Lincoln Academy of Illinois. Only one UIS student is honored with the prestigious award each academic year.

“As I was reading my nomination letter, I immediately thought to myself, ‘This is too good to be true.' I began researching the award online and realized just how great of an honor it is to be named a Student Laureate,” Smith said. “It feels good to have my hard work be acknowledged by others.”

Smith, a senior biology major at UIS who graduated from Taylorville High School, plans on attending medical school and becoming a trauma surgeon following completion of her bachelor’s degree.

At UIS, she is a member of National Society of Leadership and Success (Sigma Alpha Pi) and the Pre-Health Society, a group of students who are interested in working in the medical field. She has volunteered with the group multiple times at Hospital Sisters Mission Outreach where she helped package unused medical equipment and send it to countries who are in need of the supplies.

“Experiences like this one make me feel like I am part of something bigger than myself as I am helping people who are thousands of miles away from me,” she said.

In 2019, Smith started working as a medical scribe in a hospital emergency room, which she calls an “opportunity of a lifetime,” adding that she has gained a plethora of medical knowledge. She more recently spent time shadowing an ear, nose, and throat surgeon.

“It has given me insight into the medical field that I thought I would not be able to obtain until I was at least in medical school,” she said.

Through a UIS internship, she also worked as a cancer research intern at the Southern Illinois University School of Medicine this past fall.

“While there, I would culture cells, apply different medicines and treatments to cell colonies, and perform various experiments,” she said. “The doctor who I performed research under was trying to find a cure for cancer through his experiments and he gave me an appreciation for the research aspect of the medical field.”

When she was in high school, Smith was actively involved in a variety of extracurricular activities, including being a part of Taylorville’s cheer team for six years where she got the chance to travel to London, England to perform in their New Year’s Day Parade and earned the title All-American cheerleader.

She was also very involved in band in high school. She participated in four honor bands, was named a District Musician for two years and an All-State Musician. Her senior year she was named an Illinois State Scholar and Illinois Ambassador of Music and was able to travel and perform concerts in several European countries.

Her other high school involvement included National Honor Society, FFA and Key Club where she spent a significant amount of time volunteering.

“If I apply the skills I have obtained through my high school and college career thus far, I believe I can be successful with my future and have a rewarding career,” she said.