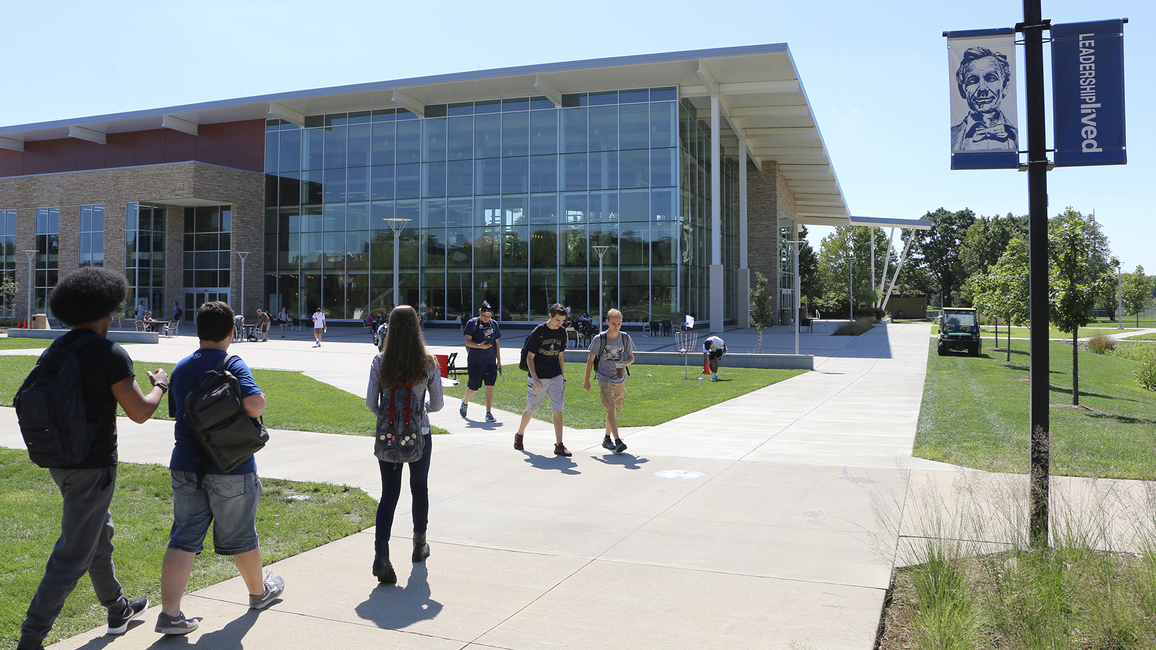 There was nothing unlucky about Friday the 13th this year for the University of Illinois Springfield. That is the day that the Reaching Stellar Campaign hit its $40 million goal almost a year ahead of schedule.

The public portion of the fundraising campaign, the largest in the University’s history, launched in October 2017. As of Friday, Aug. 13, Reaching Stellar had recorded a total of $40.02 million in gifts and commitments.

The campaign is far from finished, as Reaching Stellar will continue into June 2022 to bolster its five priority areas – Scholarships, Academic Excellence, the Center for Lincoln Studies, “The Public Good” and Facilities & Technologies – as well as address other pressing needs.

“Achieving the Reaching Stellar goal has been a top priority for me since I arrived last year. I knew that the excellent groundwork laid by Chancellor Emerita Susan Koch meant we would reach our goal early,” UIS Interim Chancellor Karen Whitney said. “I’m delighted that this fundraising goal has been met ahead of schedule and am grateful so many alumni, donors and friends all see the value and impact of investing in UIS.”

“Reaching Stellar has always been about enhancing the excellent opportunities that UIS offers its students, faculty and staff,” said campaign co-chairs Hy Bunn, president and CEO of Bunn-O-Matic Corporation, and Saul Morse, of counsel at Brown, Hay & Stephens LLC, and director, University of Illinois Foundation Board. “The overwhelming support for the campaign means the University will be able to continue to transform lives.”

Nearly $8 million has been committed to 72 new scholarship funds that have already benefitted more than 250 additional students to date and will help generations of students with their higher education costs. The Student Union, the first at UIS and built thanks to both student fees and gifts from generous donors, has become the heart of campus since opening in January 2018. The Center for Lincoln Studies debuted in February 2021 and has already become a national base for scholarship, teaching and public history about Abraham Lincoln’s life, leadership and legacy. And the $13.5 million in gifts given to “The Public Good” – which include areas like the Illinois Innocence Project, NPR Illinois and the UIS Performing Arts Services – means the excellent service to others that is the cornerstone of UIS’ identity will continue to flourish.

“The results we’ve seen so far are due to the generosity of thousands of people who know UIS students, graduates and employees will help Springfield and Illinois thrive as they serve society,” said Jeff Lorber, UIS vice chancellor for advancement and senior vice president for the University of Illinois Foundation. “We will use this momentum to propel the campaign even further so UIS and the communities it serves may prosper.”

To learn more about the Reaching Stellar campaign, visit uis.edu/reachingstellar. For more information, contact Kate McKenzie in the UIS Division of Advancement at 217-206-7070 or kate.mckenzie@uis.edu.