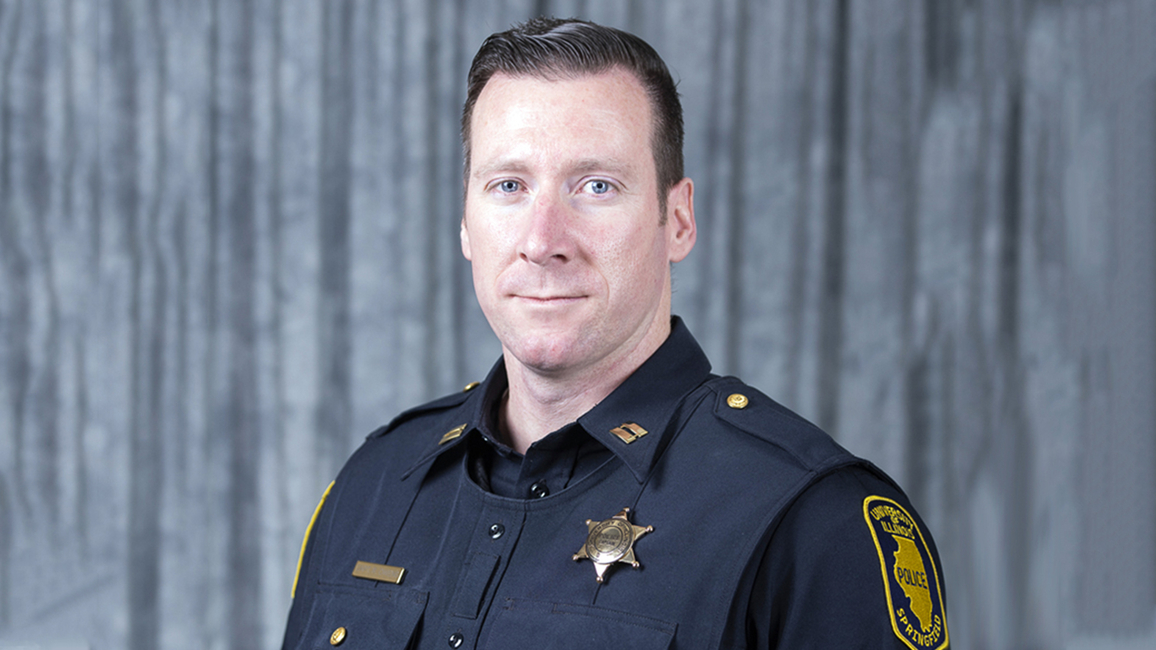 He will serve as the chief law enforcement officer for the 700-acre UIS campus with oversight over 23 personnel, including 16 sworn officers charged with protecting and prioritizing the health, safety and security of a diverse body of University of Illinois Springfield students, faculty, staff and visitors.

Owens will be responsible for the direction of all police activities utilizing best-practice approaches for collegiate community policing, including developing and implementing programs that maintain the trust of the community and creates a positive relationship within the department. He will also contribute to the university’s anti-racism and social justice priorities.

“The entire UIS community has been so supportive of me through this entire process, it's truly been a humbling experience,” Owens said. “I'm grateful for the opportunity to lead the UIS Police Department into the future, and growing into a more collaborative and transparent pillar of our community.”

Owens has been involved in training the UIS community on preparedness measures regarding active shooter threats and has planned, implemented and evaluated drills held on campus. He also regularly engages with students, speaking at events for new students and taking part in informal activities, such as pastries with police, which give students a chance to learn more about the UIS Police Department and ask questions.

“Chief Owens cares deeply about UIS and has a great understanding of and commitment to the campus community,” said UIS Interim Chancellor Karen Whitney. “He is someone who can be trusted by our students, faculty and staff to provide the oversight and accountability for our university’s safety from a community policing perspective.”

Owens started working for the UIS Police Department as a dispatcher in 1999. In 2006, he became a UIS Police officer and was promoted to sergeant in 2015, lieutenant in 2018 and captain in 2019.

He is a UIS alum, having earned two bachelor’s degrees in business administration and management from UIS in 2008. In 2019, he graduated from the School of Police Staff and Command at Northwestern University, a 10-week program that provides upper-level college instruction for leaders in law enforcement.

He replaces former UIS Police Chief Donald Mitchell, who retired in 2020 after a 20-year career with the department.