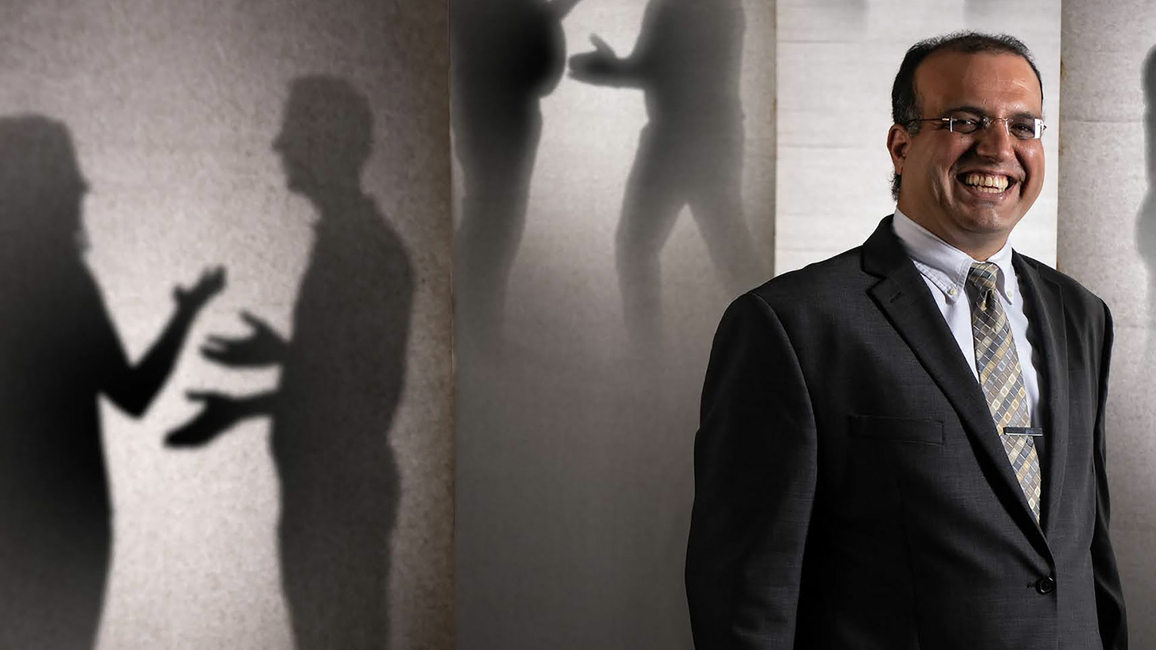 Sudeep Sharma, Ph.D., assistant professor of management, marketing and operations at the University of Illinois Springfield, has been named University Scholar for 2020. The award, considered the university system’s highest faculty honor, recognizes outstanding teaching and scholarship. Only one faculty member receives the annual award at UIS.
Sharma joined UIS in Fall 2015, after already having established himself as a top scholar in his areas of negotiation and conflict management, personality and individual differences and emotions in the workplace. In particular, Sharma's work in the area of individual differences in negotiation has challenged the status quo. The consensus among negotiation scholars has been that individual differences play a limited role in negotiation effectiveness, but Sharma's research has proven otherwise.

Although at a relatively early stage in his career, Sharma has already had numerous impactful publications in leading and high-quality journals in organizational behavior. These journals include Human Performance, Emotion, Organizational Psychology Review and the International Journal of Selection and Assessment, among others. Sharma's research has been cited 311 times per Google Scholar, and he has six papers with at least six citations each. So far, Sharma has published nine peer-reviewed journal articles and 19 peer-reviewed conference papers.

“Much of Sharma's work is lead-authored, which is a testament to the significant contributions that he has made to each manuscript,” said his nominator.

Although Sharma's track record of published research is impressive, it is worth noting that he has a substantial pipeline of work that is poised to make additional contributions to his fields of study. He currently has eight manuscripts in development which are targeted to journals such as Psychological Bulletin, Journal of Applied Psychology and Administrative Science Quarterly. These outlets are among the best in the field. Moreover, Sharma regularly presents his research and organizes symposia at the major academic societies in the field of organizational behavior.

Sharma's scholarship has earned him awards, including the Outstanding Article Published in 2013 by the International Association for Conflict Management. More recently, Sharma was awarded a 2020 DAAD (the German Academic Exchange Service) Fellowship to be a visiting scholar at the Institute for Management and Organization at Leuphana University. Only 75-100 scholars from across the globe are selected each year from across diverse areas of research.

“Although research is among the most important endeavors engaged in by university professors, Sharma has also established himself as an excellent teacher,” said his nominator. “Sharma has developed and taught several courses in the Department of Management curriculum. Student assessments of his teaching are very positive, with ratings routinely exceeding averages of the department, college, and university. Thus, Sharma embodies what it means to be a teacher-scholar at UIS.”

At UIS, he teaches courses on organizational behavior, leadership in organizations, negotiation, and HR courses on the topics such as performance management and selection and assessment to both undergraduate and graduate students.

As University Scholar, Sharma will receive $15,000 a year for three years to support research and other scholarly activities. Faculty do not apply for this award; they are nominated by their peers. A committee of senior faculty makes the final selection.