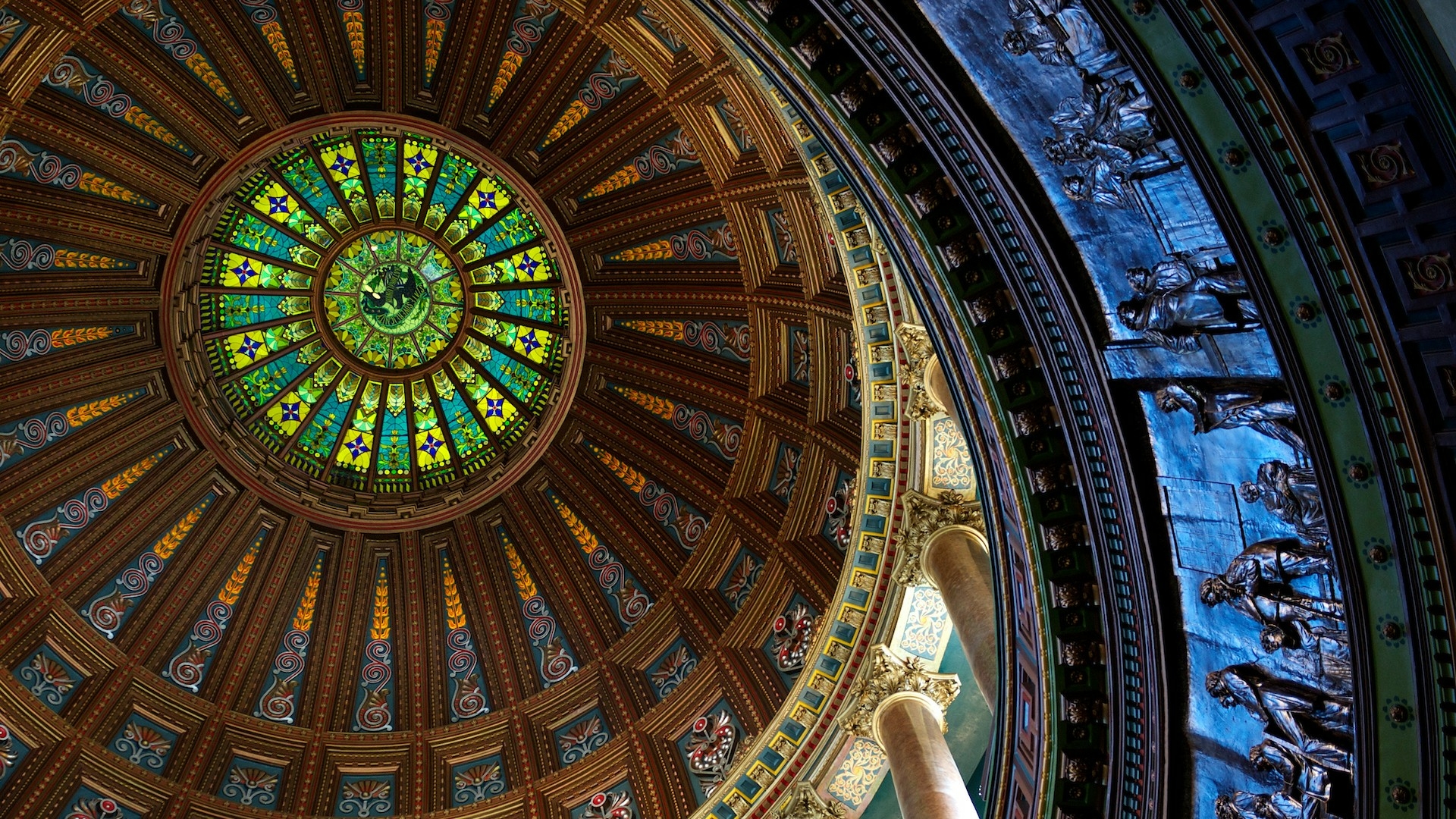 “Sangamon State’s emphasis on public affairs studies in the context of interdisciplinary curricula, coupled to the laboratory of the State Capital, makes the University ideally suited to engage in the important task of educating journalists who will deal with public issues and policies.”

Excerpt from Sangamon State University’s proposal to create a master’s degree in Public Affairs Reporting, as presented to the Illinois Board of Higher Education, July 1972

For nearly 50 years, the Public Affairs Reporting program at Sangamon State University (which became the University of Illinois Springfield in 1995) has trained students to become journalists who produce intelligent and informed reporting on politics and government — all within the “laboratory” of the Illinois State Capitol.

In 1972, Paul Simon was serving as Illinois’ lieutenant governor. He narrowly lost the Democratic nomination for governor in March of that year. He also was a member of the faculty at SSU and was instrumental in launching and leading the PAR program that began in the fall of 1972 with the inaugural class of 12 students.

Simon’s interest in educating journalists to competently report on government goes back much further than his arrival at SSU.

In 1948, at the age of 19, he became the nation’s youngest editor-publisher when he accepted a local Lion’s Club challenge to save the Troy Tribune in Troy, Ill., near St. Louis. Simon built a chain of 13 newspapers in southern and central Illinois.

Simon used the Tribune to expose syndicate gambling connections in Madison County. In 1951, at age 22, he was called as a key witness to testify before the U.S. Senate’s Crime Investigating Committee.

He sold the papers in 1966 to devote full-time to public service and writing.

He also served for 14 years in the state legislature. He was elected to the Illinois House in 1954 and the Illinois Senate in 1962. During that time, he was chief sponsor of the Illinois Open Meetings Law, which guarantees journalists and members of the public access to public bodies doing the public’s business.

Simon and others at SSU saw a strong need for an advanced journalism program that relied on real-life experience while working for a professional news organization.

In the university’s 1972 proposal to the Illinois Board of Higher Education to create the PAR program, its authors noted “the need for education of this kind is felt keenly by the news industry. … Faced with the growing complexity of issues and events, and a more sophisticated and demanding public, the news industry has expressed discontent with the current educational patterns in schools of journalism.”

The proposal cited a 1971 survey conducted by the News Research Center of the American Newspaper Publishers Association. It asked editors to evaluate the skills of journalism school graduates entering their newsrooms. In one finding, 61 percent of editors said their new journalists were “prepared very poorly” to “cover a city budget story.”

A major selling point of the program in the 1972 proposal was that PAR would use working journalists as an additional resource to educate students in the program. That tradition endures today. Professional journalists are routinely called upon by the PAR director to deliver practical lessons on how journalism and government work.

In addition, working journalists continue to mentor, coach and manage PAR students when they become reporting interns for the various newspapers, radio stations, TV stations and other media outlets in the Capitol.

As the number of full-time Statehouse reporters has declined over the years in Springfield, PAR has adapted by creating select reporting internships where the PAR student is mentored remotely by editors or news directors at the news organization’s home office and is supervised in Springfield by the PAR director.

The new internship strategy has the two-fold benefit of providing additional spots in the PAR program each year while giving select news organizations throughout Illinois the opportunity to supply their audiences with localized coverage of state government news from Springfield during the spring legislative session.

Paul Simon led the program for its first two years, after which he successfully ran for a seat in the U.S. House, where he served for 10 years before being elected to the U.S. Senate. He retired from Congress in 1997. He became a professor at Southern Illinois University, teaching political science and journalism, and founded the Public Policy Institute at the Carbondale campus. He died in 2003.

Bill Miller became the second director of the PAR program in 1974. He arrived at SSU following a 25-year career as a radio broadcaster for WTAX-AM in Springfield.

He also launched Capital Information Bureau, a statewide radio network based in the Statehouse. It was the predecessor of the Illinois Radio Network.

Charles N. Wheeler III was named the third PAR director in 1993 and led the program for 26 years before his retirement in 2019. Wheeler came to SSU/UIS following a 24-year career at the Chicago Sun-Times. He covered state government and politics for the Sun-Times since 1970, when he covered the Sixth Illinois Constitutional Convention. For the last 19 years of his Sun-Times tenure, Wheeler was assigned to the newspaper’s Statehouse bureau, where he mentored many PAR interns.

In fact, Wheeler is the only person to have personally met all of the nearly 800 people who have gone through the PAR program since 1972. Wheeler will keep that distinction intact even after retirement. He remains involved with PAR, serving on its admissions committee.

Jason R. Piscia, a 1998 PAR graduate, has led the program since 2019. During his PAR year, Piscia interned for Copley News Service, which at the time provided coverage to The State Journal-Register in Springfield.

The SJ-R hired him full-time after he graduated, and Piscia worked there for 21 years as a reporter, digital editor and managing editor before returning to UIS.