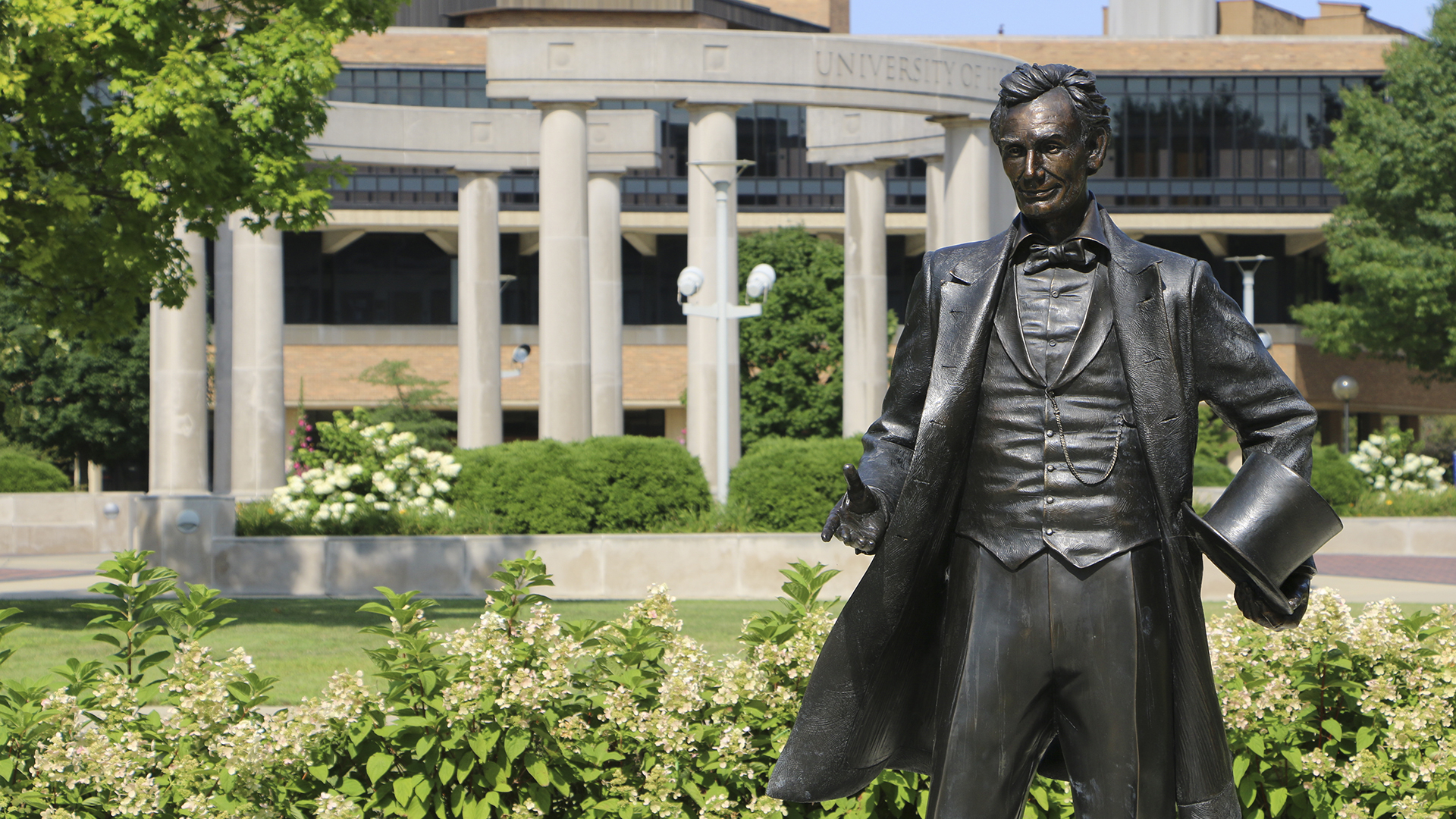 Michael Burlingame, holder of the Chancellor Naomi B. Lynn Distinguished Chair in Lincoln Studies at University of Illinois Springfield, is the author of Abraham Lincoln: A Life, The Inner World of Abraham Lincoln, and Lincoln and the Civil War, as well as the editor of many collections of Lincoln primary source materials. A graduate of Princeton University and Johns Hopkins University, he taught at Connecticut College in New London for many years before joining the faculty at University of Illinois Springfield in 2009. That year, The Atlantic rated Abraham Lincoln: A Life one of the five best books of the year, and in the New York Review of Books, the dean of Civil War historians, James McPherson, wrote that Burlingame “knows more about Lincoln than any other living person.”

Prof. Peck specializes in antebellum American political history, and particularly in Abraham Lincoln, Stephen A. Douglas, and the origins of the Civil War, but he is also very interested in the intersection of scholarship and other forms of history. For this reason he wrote, directed, and produced a feature-length film on Douglas for use at the Douglas Tomb State Historic Site in Chicago. The film features performances by leading Douglas and Lincoln reenactors, interviews with five historians of the Civil War, and hundreds of nineteenth-century images. More recently, Prof. Peck co-directed Lincoln & Douglas: Touring Illinois in Turbulent Times, a 47-minute documentary road film about the Lincoln-Douglas debates, which he made with art professor Nathan Peck during the tumultuous Covid summer of 2020. The film features five Lincoln or Douglas reenactors and several interviews, including one with a BLM activist in Springfield who successfully urged removal of Douglas’ statue from the grounds of the Illinois State Capitol.

Anne E. Moseley, is the first Director of Engagement and Curator of the Sangamon Experience and Acting Director for the Center for Lincoln Studies. She holds a Bachelor’s degree in History from Southern Illinois University at Edwardsville (SIUE) and a Master’s degree in Public History from the University of Illinois at Springfield (UIS). Before she began her position at UIS she was the director and curator of the Lincoln Heritage Museum at Lincoln College.  Anne was awarded the Illinois State Historical Society’s Malkovich Award for Young Museum Professional in 2015 for her outstanding contribution to Collections Management and Exhibit development at the Lincoln Heritage Museum. Her research focuses on Lincoln’s life in Illinois and the social history of antebellum Illinois. Recently she has been writing a book called A Maid of All Work: the women who worked for the Lincolns. She has published an article for the Sangamon Link The Lochridge brothers, Pawnee merchants. Moseley currently serves as a board member for the Abraham Lincoln Association, advisory board member for the Lincoln Forum, and steering council member for the Abraham Lincoln National Heritage Area