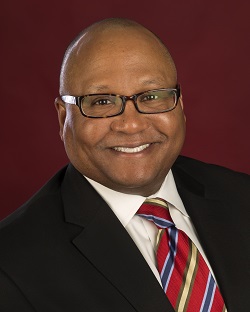 The depth, consistency and continuum of Pepper’s involvement and leadership with the University has significantly advanced the institution’s mission. His volunteer leadership, talent and personal resources enable the University and its students to thrive. He is a past member UIS Alumni Board and the board of directors of the University of Illinois Alumni Alliance, where he chaired the UIAA’s advocacy committee, which shaped advocacy strategy for the Illinois Connection Advocacy Network, a systemwide volunteer group. In 2014, he served as the UIS commencement speaker.

Pepper and his wife, Heidi Waltner-Pepper, also a University graduate, have generously provided financial support to projects like the UIS Student Union and the Kent Redfield Scholarship Fund.

His vast civic engagement includes being chairman of the board for The Civic Federation, chairman for the Chicagoland Chamber of Commerce’s Political Action Committee and chairman of the Oak Park Citizens Police Oversight Board. He also is a board member for the Magnificent Mile Association, One Aim Illinois (formerly, the Illinois Council Against Handgun Violence) and the Chicago-Cook Workforce Partnership and HFS Chicago Scholars.

He is a 2008 recipient of the University of Illinois Loyalty Award for Exceptional Alumni Service. In 2015, he was inducted into the UIS Samuel K. Gove Illinois Legislative Internship Hall of Fame and in 2018 was inducted into the Triton College Wall of Fame. An award named after him, the “Donovan Pepper Leadership” Award is given out annually to a UIS Student Government leader who has excelled on campus.

Recipients must be nominated for the award. Working from these nominations, the Alumni Association Awards and Recognition Committee will select the recipients. The awards will be presented at Commencement or an Alumni Association event. Please complete this online form to submit a nomination.

Please be advised: Should the committee determine the nominee would be more appropriately honored by means of a different award, the committee reserves the right to consider each nominee for other, more suitable recognition. If you have questions, feel free to contact us at advancement@uis.edu or by phone at 217-206-6058.