The NPR Illinois Foreign and Independent Film Series is a Student Life-sponsored series that hosts a variety of critically acclaimed independent and foreign films.. Attendance is FREE! If you have suggestions for future films for this series, please e-mail studentlife@uis.edu. 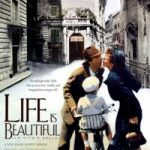 An Italian family’s idyllic life comes to a screeching halt when they are shipped to Nazi camps during WWII. The Jewish father convinces his son that everything around them is a zany game to spare his son from the horrors of concentration camp imprisonment in this poignant tearjerker comedy.

Mexican workers at a zinc mine call for a general strike. It is only through the solidarity of the workers and importantly, the indomitable resolve of their wives, mothers, and daughters, that they eventually triumph.

Amelie is an innocent and naive girl in Paris with her own sense of justice. She decides to help those around her and, along the way, discovers love.

In 1984 East Berlin, an agent of the Stasi, the East German secret police, is thrown into a quandary. While conducting surveillance on a writer and his lover, he finds himself becoming increasingly absorbed by their lives.