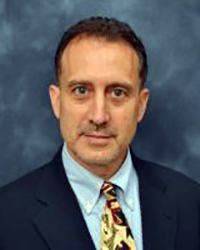 “After UIS, I was accepted into CDC’s Epidemic Intelligence Service. I have been working with the Centers for Disease Control and Prevention (CDC) as a Career Epidemiology Field Officer (CEFO) assigned to the Pennsylvania Department of Health where I also double up as their Acting State Public Health Veterinarian.”

“My favorite memories were being mentored by Dr. Remi Imeokparia, one of the brightest and most caring professors I ever had the privilege of knowing.”

“UIS provided me with the tools (education, knowledge, confidence, and experience) to compete for a position in the CDC’s Epidemic Intelligence Service class of 1998. After graduating from this post-doctoral program, I continued to use the education and skills acquired at UIS throughout my public health career.”

“At the time I attended UIS, I was a bit too old for playing on their soccer team. Wish I had been 10 years younger, I’m sure I would have given their center-forward player at the time some competition for the starting position. Still saving for a Ferrari 488 spider.”